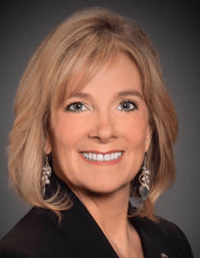 Voters first elected Neoma to the Reno City Council in 2012 and re-elected her to a second term in 2016. She represents an area of Northwest Reno that includes the Old Northwest, University of Nevada, Somersett and Verdi neighborhoods as well as parts of downtown Reno.

Neoma is putting her more than 20 years of business management experience to work to help improve Reno’s economy by making Reno the most business friendly city in the west. “Attracting new business to the region while at the same time recognizing and promoting existing businesses is incredibly important to me. We must also improve efficiencies in government by eliminating duplications, streamline our processes and thoroughly evaluate all contracts for economic sustainability.”

Neoma is a native Nevadan who grew up on a small ranch on the banks of the Truckee River near Fernley. Upon graduating from Fernley High School, Neoma moved to Reno where she worked for the statewide law firm McDonald Carano Wilson during the day and put herself through college at night. She earned her Associate’s Degree in Office Administration from Truckee Meadows Community College (TMCC) and her Human Resources Management Certification from the University of Nevada, Reno. Neoma worked for more than 20 years as the Administrator and Director of Human Resources for McDonald Carano Wilson.

Neoma served as Vice Mayor from November 2017-November 2018. She received the 2016 Nevada Chapter DeBoer Award for Distinguished Leadership, Elected Official. She is the only elected official statewide to receive the 2016 award. Her other awards and recognition include being named a TMCC Alumna of the Year; a Nevada Women’s Fund Woman of Achievement; and the Leukemia and Lymphoma Society Woman of the Year. She is a graduate of the Chamber of Commerce Leadership Reno/Sparks Program.

When Neoma is not working, she spends her time with her husband and two children.