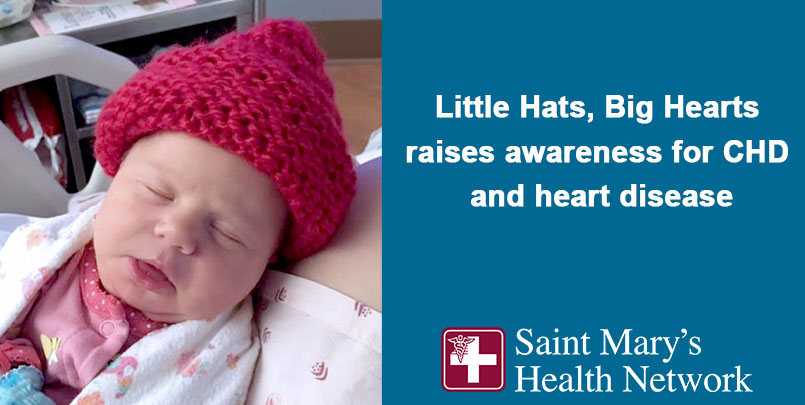 RENO, Nev. (KOLO) The American Heart Association’s Little Hats, Big Hearts, and the Children’s Heart Foundation are providing red-knitted or crocheted hats to babies to raise awareness about the symptoms of congenital heart defects in newborns.

Congenital heart defects are abnormalities of the heart and occur as the baby is developing. It can sometimes be recognized at the time of delivery but often times isn’t recognized until the baby goes home.

“Those are signs and times where the parent should seek the advice of a pediatrician for evaluation,” Bryan says.

“There’s probably some nutritional components to it, some inherited things that cause it,” he says. “But many times there are no real risk factors that explain congenital heart disease.”

Little Hats, Big Hearts started in February 2014 in Chicago, IL and the program has now expanded to more than 40 states.

Courtney Cox welcomed little Paisley to the world three months ago. She says she didn’t know a lot about CHD until she was given the little red hat.

“I was informed of everything afterwards and I was lucky enough to have a healthy pregnancy and a healthy baby,” Cox says. “I love this cause and I love the awareness that it’s bringing to people all over the country.”